Yesterday my Indian roommates took me to both Sikhism and Indian temple,  she put her palms together devoutly and prayed, but after I accidentally found there were two tears along her face, she cried and told me that her boyfriend who is in the military of Mumbai, is going to be sent to Kashmir. After two days, India and Pakistan are going to have war at the border.

I knew started from July, the whole area in Kashmir especially their capital Srinagar is not safe anymore, with both countries keep neither giving way to the other, when there is terrorist attack happen, they always blamed each other and made everything getting worse and worse. I remember one day Jitendra explained the situation now in India, he was disappointed with the economic here, ” Our government had spent too much amount of fund to build the stronger defense on each border, and had already bought lots of military equipment to maintain it.”He said. “And that’t why our economic livelihood is still developing.” He sighed.

Today, almost all Indian people are talking the coming war at the border of India and Pakistan, but I think the most angry and upset people are those who live in beautiful Kashmir,  although now this area was ruled separately by both Indian and Pakistan government, but most of people here want to be independent… Nobody likes to have war, and for me, this is the closest war after the days I was in Turkey.

I don’t know how I should stand to face this coming event, also have no idea to comfort the girl, I heard China is going to support Pakistan, and USA is going to support India, no matter which countries they would like to support, I’m sure there is always some profit after doing this. I read lots of new about this coming war for whole night, I couldn’t sleep well, the only thing I can do, is to pray, and strongly hope, everything will be alright wherever people are.
–
註: 自1947年印巴獨立後，已經發生了三次印巴戰爭(皆為了喀什米爾)

See all posts by Miss Observer →

A Nomad Soul | Based in Taiwan 🌲 Photographer, outdoor, adventure - Stay wherever I feel most alive.

. The greatest white dessert on the Earth, on the

. Runn of Kutch, the greatest white dessert on the

. There was no stable signal, no hustled and bustl

. A shanti place hiding in the himalaya. #india #

. Having a warm chit-chat around the stove last ni 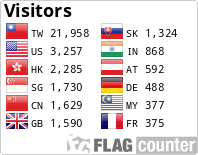